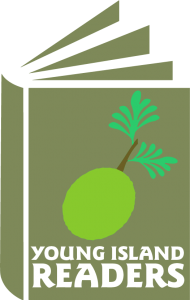 A book a month, birth through age five, delivered to children in Yap.

Dolly Parton’s Imagination Library (DPIL) is a community-based program providing children with free, home-delivered books from birth to their 5th birthday. DPIL was founded and created by songwriter, musician, actress, author and business-woman, Dolly Parton, in her hometown of Sevierville, Tennessee in 1996. The home library encourages reading at home between parents, caregivers, grandparents, siblings and the child.

Habele is the local champion for Dolly Parton’s Imagination Library (DPIL) in Micronesia. Established by former Peace Corps Volunteers, Habele is a US-based nonprofit, invested in the future and potential of Micronesian students since 2006.

Habele’s initial coverage area for DPIL is Yap, the western most state of the Federated States of Micronesia (FSM). This includes the municipalities of Gilman, Kanifay, Dalipebinaw, Fanif, Weloy, Rull, Gagil, Tomil, Maap, and Rumung, as well as families living in Colonia. In partnership with local educators and community leaders, we aim to extend easterly into Chuuk, Ponhpei and Kosrae States.

Habele is very proud to be working with The Dollywood Foundation to bring this important program to the children in Yap. Key to the effort is the generosity and partnership of Yap Catholic High School, whose students support this work by raising awareness and support in communities across Yap.