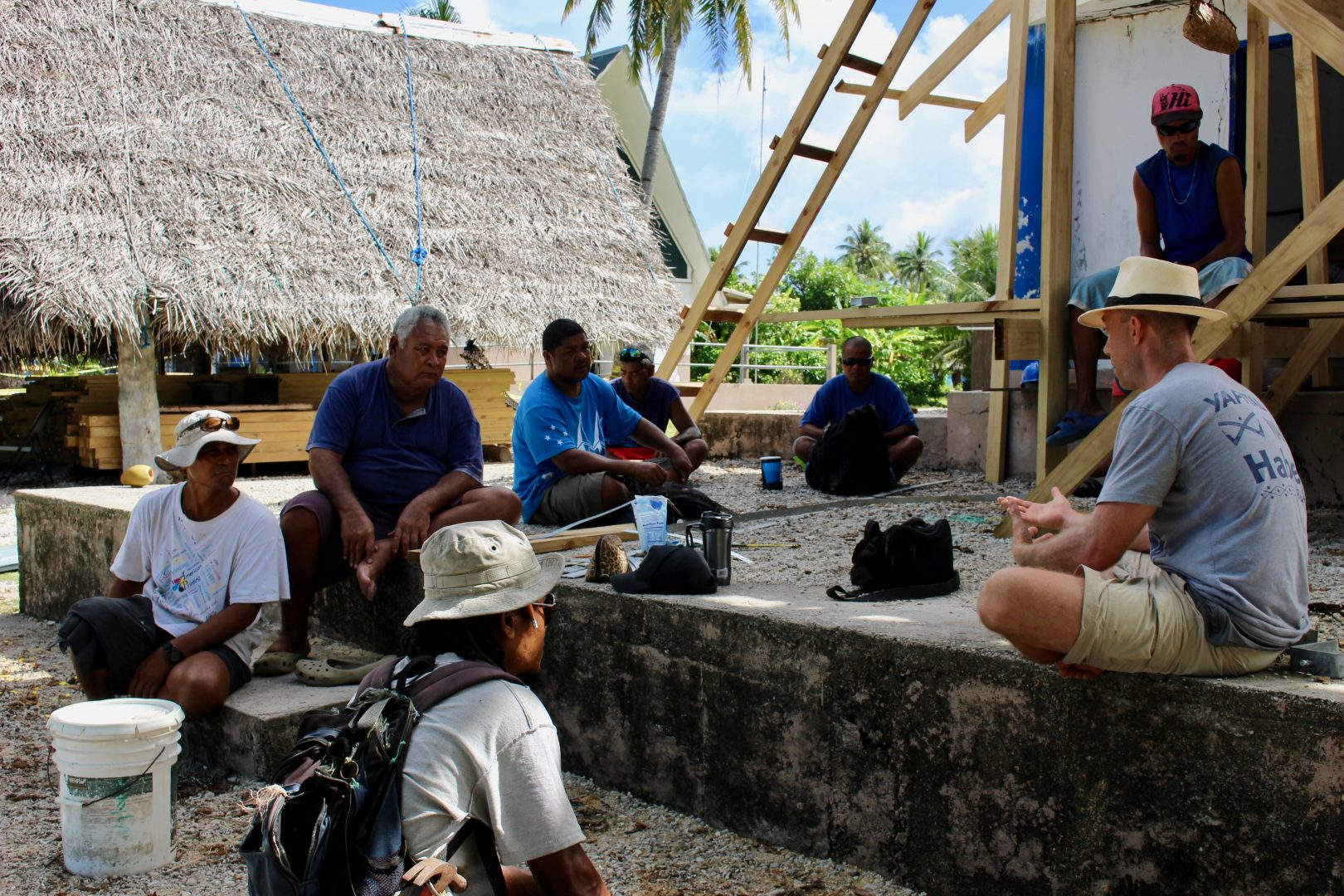 Three young Americans teaching in Micronesia meet, sharing perspectives on the challenges and opportunities faced by students in their classrooms. Returning to the villages where they live, they continue listening to students, parents, and traditional leaders about their visions for the islands’ future.

The Habele Outer Island Education Fund is incorporated and receives nonprofit status from the IRS. Tuition scholarships are awarded to a pair of students from Ulithi Atoll in Yap State. Books are donated to schools on Ulithi and Eauripik Atoll.

Library donations are extended to schools throughout the Outer Islands of Yap and Chuuk States, as well as Palau. A Ulithian-English dictionary is published to support students on Ulithi and Fais learning English. Scholarships are expanded to serve students throughout the Federated States of Micronesia. Habele begins targeted support of extracurricular programs such as sports leagues and traditional skills mentorships.

Habele partners with Yap Catholic High School and Yap SDA School to establish after school robotics clubs, offering students hands-on learning with applied Science, Technology, Engineering and Math (STEM) skills. It is the first robotics programs west of Hawaii and east of the Philippines. The first K12 Habele tuition scholarship recipient completes her college degree, returning to Yap to serve as an educator.

The Habele Robo League spreads across the Micronesian states of Chuuk, Pohnpei and Kosrae. The Robo League enters the Republic of the Marshall Islands through an intensive summer camp serving students from high schools throughout Ebeye on the Kwajalein Atoll.

Scholarships continue to provide students access to top-performing independent schools across the FSM. Books donations are extended to serve early learners, from birth through age five. The Robo League expands further to serve twenty-three high schools across the four states of Micronesia. Amidst quarantines and social distancing triggered by COVID-19, Habele supports schools in safely delivering content through the Internet and local intranets.