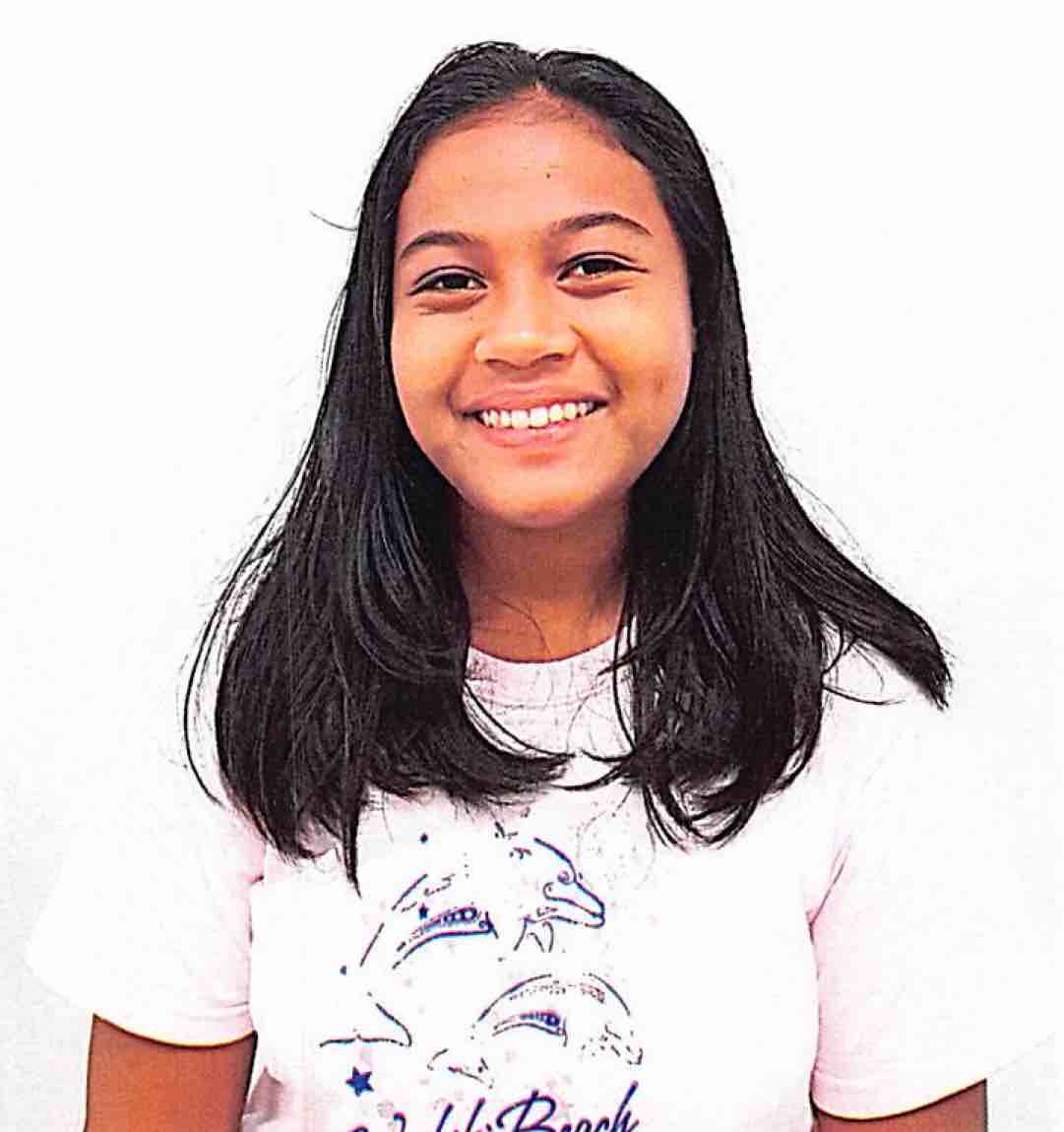 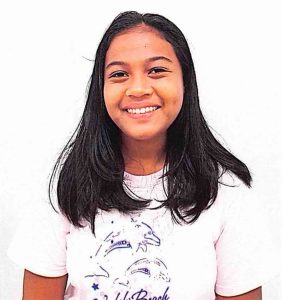 Sheridan Giltamag of Yap, one of twenty-two Habele tuition scholarship recipients.
She will be a freshman at Our Lady of Mercy Catholic High School in Pohnpei in the fall.

Twenty-two students from across the four states of Micronesia were awarded tuition scholarships this week, making it possible for them to attend faith-based independent elementary and high schools in Yap, Chuuk and Pohnpei.

Habele tuition scholarships are funded entirely by the individual donations of American citizens who share a love of Micronesia and the belief that high quality education can unlock the incredible personal potential of some of the world’s most remote students.

Each tuition grant is set at a level that maintains family ownership in student achievement, while lightening the financial burden. Often scholarships cover between fifty and seventy-five percent of school tuition and fees. Students must maintain and report high levels of academic achievement every quarter, applying each year for continued support.

Habele is a US nonprofit established by former Peace Corps Volunteers who lived and taught in Micronesia. It first issued tuition scholarships in 2006. This year 30 individual Americans from 16 different states donated to fund the 2020-21 tuition scholarships.

Donors included former Peace Corps Volunteers, tourists who had visited Micronesia, and the sons and daughters of Americans who served in Micronesia in the US Armed Forces.

“Memorial scholarships honor the legacy of Americans whose life or work demonstrated exceptional commitment to the people of Micronesia,” explained Habele’s Founder, Neil Mellen “They embodied the best of the longstanding US-Micronesian partnership.”

The Lee Huddleston memorial scholarship, established this year, honors the life of Lee Joseph Huddleston of Eugene, Oregon. Lee lost his life in February of 2020, rescuing a group of children caught in a rip tide while swimming off Moch island, where he was working for the Chuuk State Department of Education. Lee had also served as a Peace Corps Volunteer, teaching in Weno.

The Leona Peterson Memorial Scholarship provides tuition assistance to a young woman in elementary or high school high school attending an independent school in either Yap or Pohnpei. It honors the work of Mrs. Paterson, who led Department of Aging in the Trust Territory of the Pacific Islands during the late 1970s and early 80s.

The Marshall Paul Wees Memorial Scholarship is named for a US Navy doctor who served the people of Ulithi Atoll during the War in the Pacific. Dr. Wees, working with limited supplies and assisted only by a pharmacist’s aide, stamped out the terrible scourge of yaws, a debilitating disease that was ravaging the Ulithian population.

“At this time of so many challenges across the globe, I hope these modest tuition scholarships will be a subtle reminder of the deeply personal, decades long and historically unique partnership between the Micronesian and American Peoples” explained Mellen.