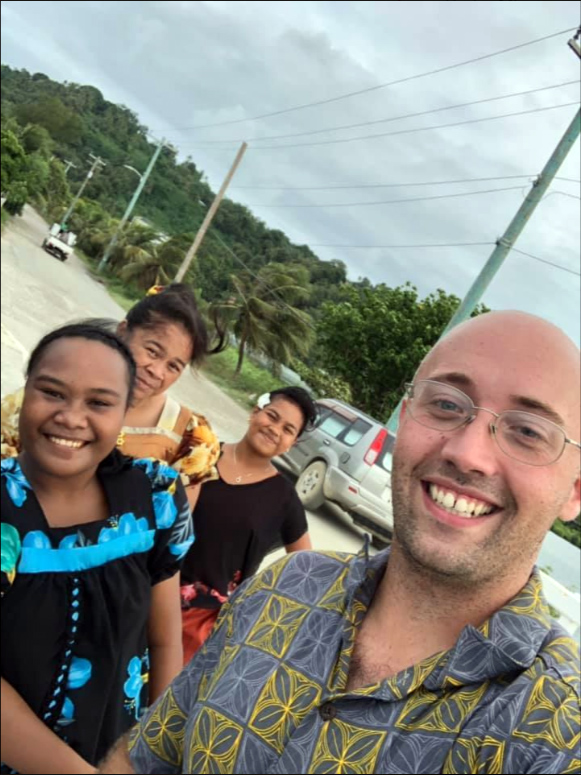 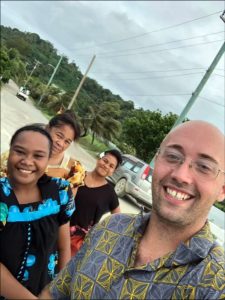 Each year, in the first week of June, Habele announces the award of its K-12 tuition scholarships. These small grants help ambitious students across Micronesia attend independent primary and elementary schools, paying a large portion of their tuition and fees.

This year, one deserving student from Chuuk State will receive a special, named, scholarship: the Lee Huddleston Memorial Scholarship.

Lee Joseph Huddleston of Eugene, Oregon lost his life in February of 2020 while rescuing a group of children caught in a riptide while swimming off Moch island, in the Federated States of Micronesia.

Lee’s first experience in working with people of nations other than his own was in the years 2012-2013 as a volunteer in Peru, where he worked with at-risk youth at the Instituto Mundo Libre in Lima. He then served the people of Chuuk state as a Peace Corps Volunteer on the Island of Moch from 2014 to 2016.

Lee’s adventuresome spirit took him to Kazakhstan in 2018 where he worked for Yessenov University as a teacher trainer. Following that position he returned to work for the Chuuk State Department of Education as Instructional Support Coordinator for the mid-Mortlocks.

He was a graduate of Willamette High School in Eugene and from the University of Oregon where he obtained baccalaureate degrees in International Studies and Spanish as well as a Masters Degree in Language Teaching Studies.

The Lee Joseph Huddleston Memorial Scholarship provides tuition assistance to a student from the Outer Islands of Chuuk attending either elementary or high school anywhere within the FSM. Preference is given to deserving applicants from the Mortlock Islands.

As with all Habele scholarships, the Lee Huddleston Memorial Scholarship will help ensure bright, hardworking students have access to the best education possible. Based on need and merit, these scholarships focus on remote outer island, rural village, and female students.

Each Habele tuition grant is set at a level that maintains family ownership in student achievement while lightening the financial burden. Often scholarships cover between fifty and seventy-five percent of tuition and fees. Students must maintain and report high levels of academic achievement every term, applying each year for continued support. Details are online at habele.org/scholarships.

Memorial Scholarships are a special type of Habele K12 tuition grant. They honor the legacy of Americans whose life or work demonstrated exceptional commitment to the people of Micronesia, and embodied the best of the longstanding US-Micronesian partnership.