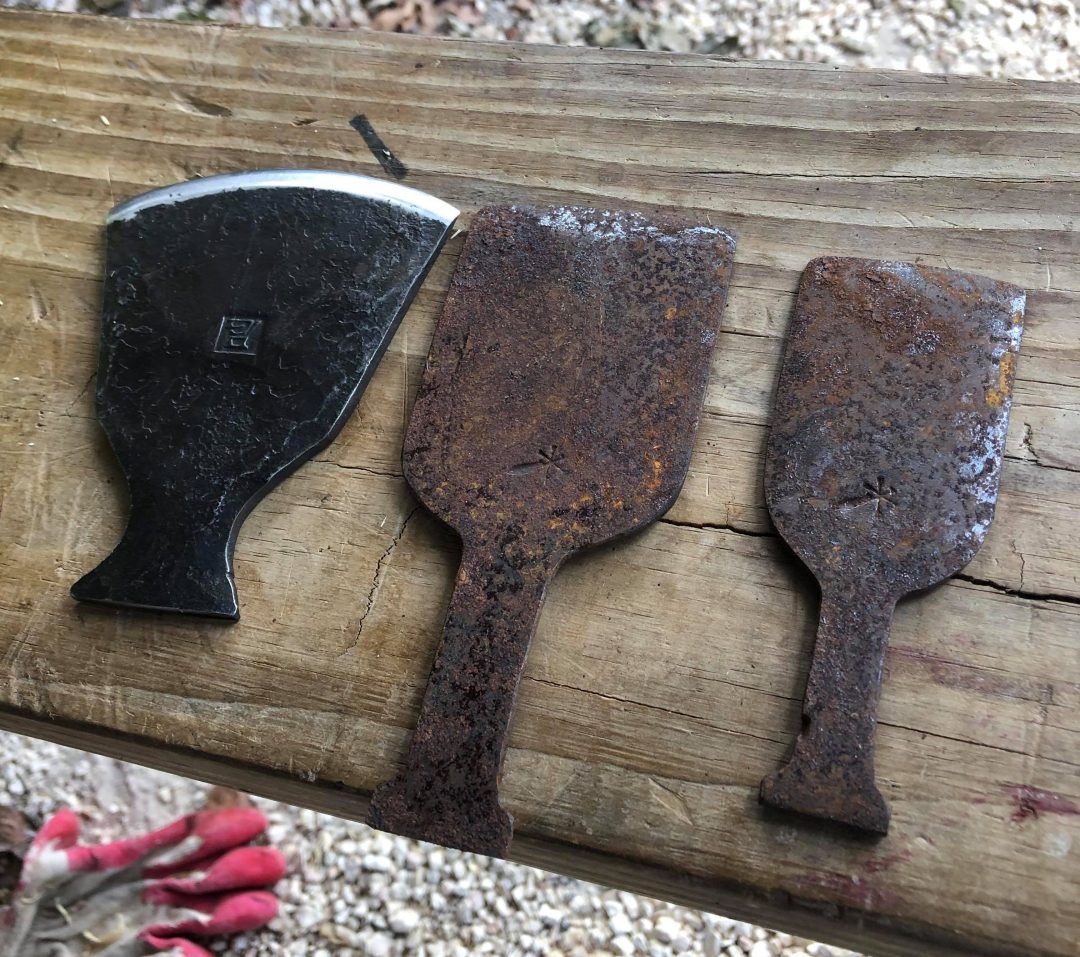 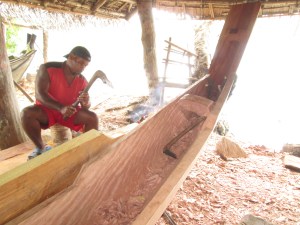 Carolinian Canoes, or proas, are the most singular, striking, and technologically complex artifact of Micronesia. Today, they remain both a useful and sustainable form of transportation, as well as a defining symbol of the people and the region.

Essential to the fabrication of proas is the adze, a handled cutting tool for shaping, squaring, and most importantly, hollowing, wood. The Micronesian adze needed for hollowing canoe hulls is a unique and refined type. Initially carvers mounted stone, and later shell, blades. 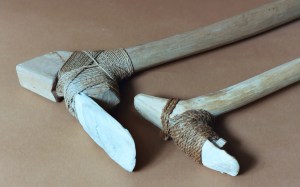 Contact with the West introduced sharper, longer lasting metal blades, which were individually fabricated by smiths to replace shells blades with little change to the design and traditional use of the adzes. 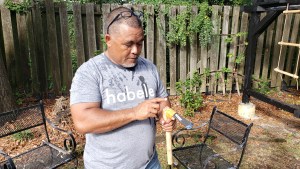 There are strong efforts across the Freely Associated States to sustain and expand the production of canoes, but today’s Micronesian carvers lack blades that neatly match the specifics of their tools and techniques. Attempts to improvise blades –such as the mounting of handled chisels and the grinding down of truck springs– require sacrifices to quality, safety, and traditional techniques. 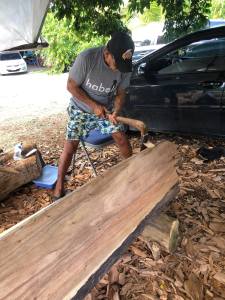 While Habele has donated off-the-shelf blades to carvers in Micronesia for many years, in 2019 the nonprofit launched the Micronesian Adze Blade project to design adze blades that precisely meet the needs of Carolinian canoe carvers, and the specifics of their traditional tool design and usage practices. 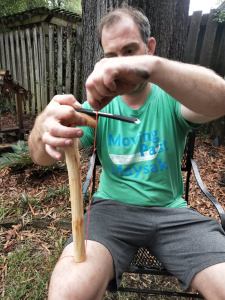 The project began with a detailed survey of the carver’s preferences and the review of both historical specimens and contemporary blades from throughout the Federated States of Micronesia (FSM). 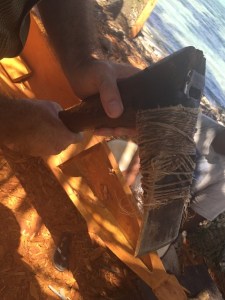 In partnership with metalsmith Paul Garrett of the John C. Campbell Folk School, a design was created by Micronesian carvers that balanced historic design elements of shell blades, characteristics of the most effective metal blades now in use, and refinements in metallurgy that facilitate more efficient longer-lasting bevels. 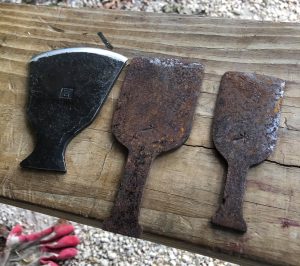 Two prototypes have been forged by Paul Garrett and provided to carvers by Habele for field tests after which the working design will be further refined. 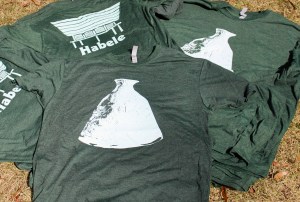 The locally-driven Micronesian Adze Blade Project aims to properly equip master carvers across the Carolines with blades that will last for decade. Habele, a US nonprofit established by former Peace Corps Volunteers, is proud to be supporting Micronesian carvers in sustaining their important work.