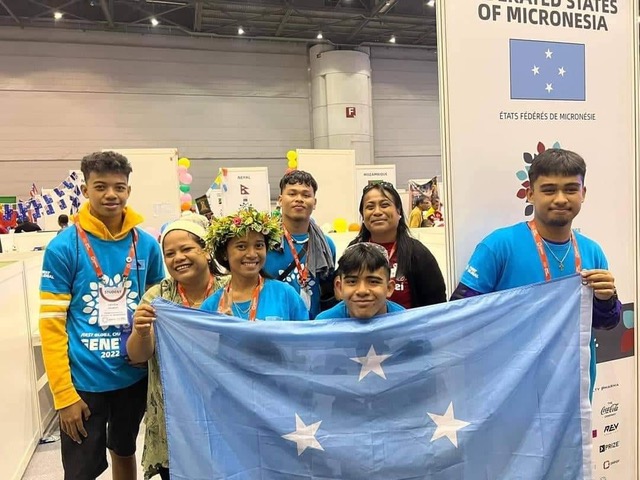 Students from Pohnpei make a splash at International robotics competition 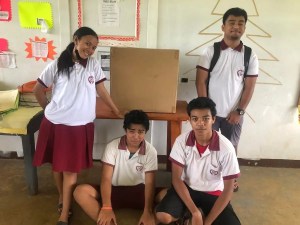 The robotics team from Pohnpei Island Central School (PICS) returned from the FIRST Global International Robotics Challenge in Switzerland with the title of “First among small countries,” and a story to encourage their peers across the Federated States of Micronesia (FSM).

The FIRST Global Challenge is an international high school robotics competition, in which small teams representing over 180 countries compete olympics-style for the championship. This year’s competition was held in Geneva, Switzerland, with a challenge built around collaboratively using robotics to address climate change issues. After being accepted to represent the FSM in Switzerland, the team of five students spent the weeks before the competition building and training for the specific tasks in the challenges. This meant ensuring that their competition robot was perfectly equipped to carry out particular movements and actions, while fitting into the guidelines required by FIRST Global. 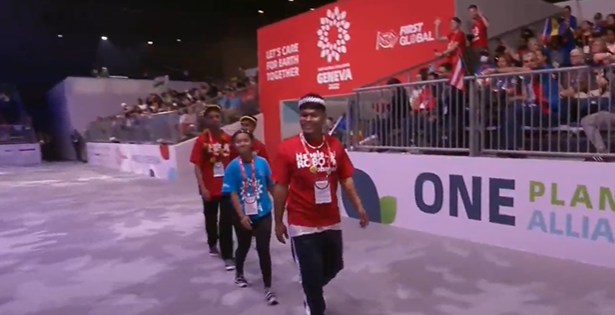 Getting the team and equipment across the world to Switzerland provided a series of obstacles the robotics club could not train for. As the plane prepared to take off from Pohnpei, one of the trainers was unable to board, due to a paperwork mixup on the visa application. Thanks to the quick support from the U.S. Embassy in Kolonia, the corrected forms were fast tracked, enabling the students’ team leader to catch a later flight, and arrive in Geneva in time for the competition. Another key member of Team FSM was not so lucky. The carefully crafted robot, built and customized by the PICS team, was lost in the connecting flights from Pohnpei to Switzerland. Disaster was averted by the determination of the FSM team, who were able to acquire a new robot, and build it up to the approved competition standards the very same day.

Throughout the three day competition, Team FSM battled it out with teams from 180 countries in a high energy arena, complete with live-streamed commentary. As the competition came to a close, Team FSM stood with two wins, one loss, and no ties. 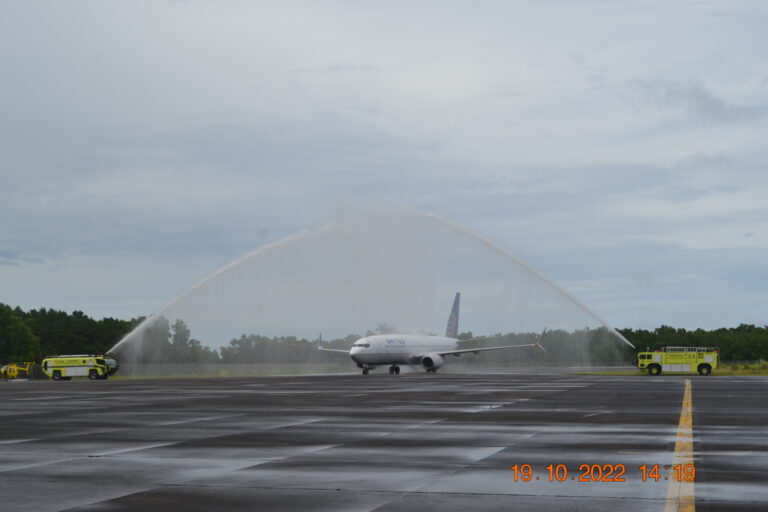 Returning to Pohnpei with the title of “First among small countries,” the PICS Team was greeted by water cannons saluting their plane as it landed, and a cheering group of dignitaries and students waiting for them off the runway. Honorable Governor Reed Oliver welcomed the team back with encouragement and praise. “You represented not only FSM but Pohnpei, specifically. We thank you for representing us and representing us very well. We are very, very proud of you.”

Fresh back from representing Pohnpei and the FSM on the international stage, the students from PICS will bring fresh encouragement and enthusiasm to their peers in the Pohnpei Robo League. This league is part of the larger Habele Robo League, which equips and supports robotics clubs at high schools across the FSM. Beginning in 2012 at a single school on Yap, the Habele Robo League began as an opportunity for students to participate in hands-on STEM learning, using equipment donated by private partners in the US. Beginning in 2018, a partnership between Habele and the Office of Insular Affairs expanded the Habele Robotics League across the FSM, allowing schools in all four states the opportunity to participate in the only regional STEM program of its kind. 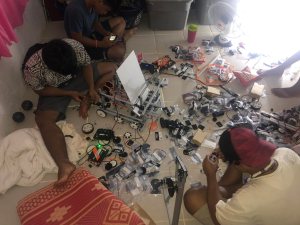 “The Robo League encourages students to become problem solvers who can think on their feet,” said Matt Coleman, Habele’s Director of Operations. “The team from Pohnpei confronted and overcame challenges before they ever got to the competition floor. In my mind they won before it started.”

View all posts by Habele