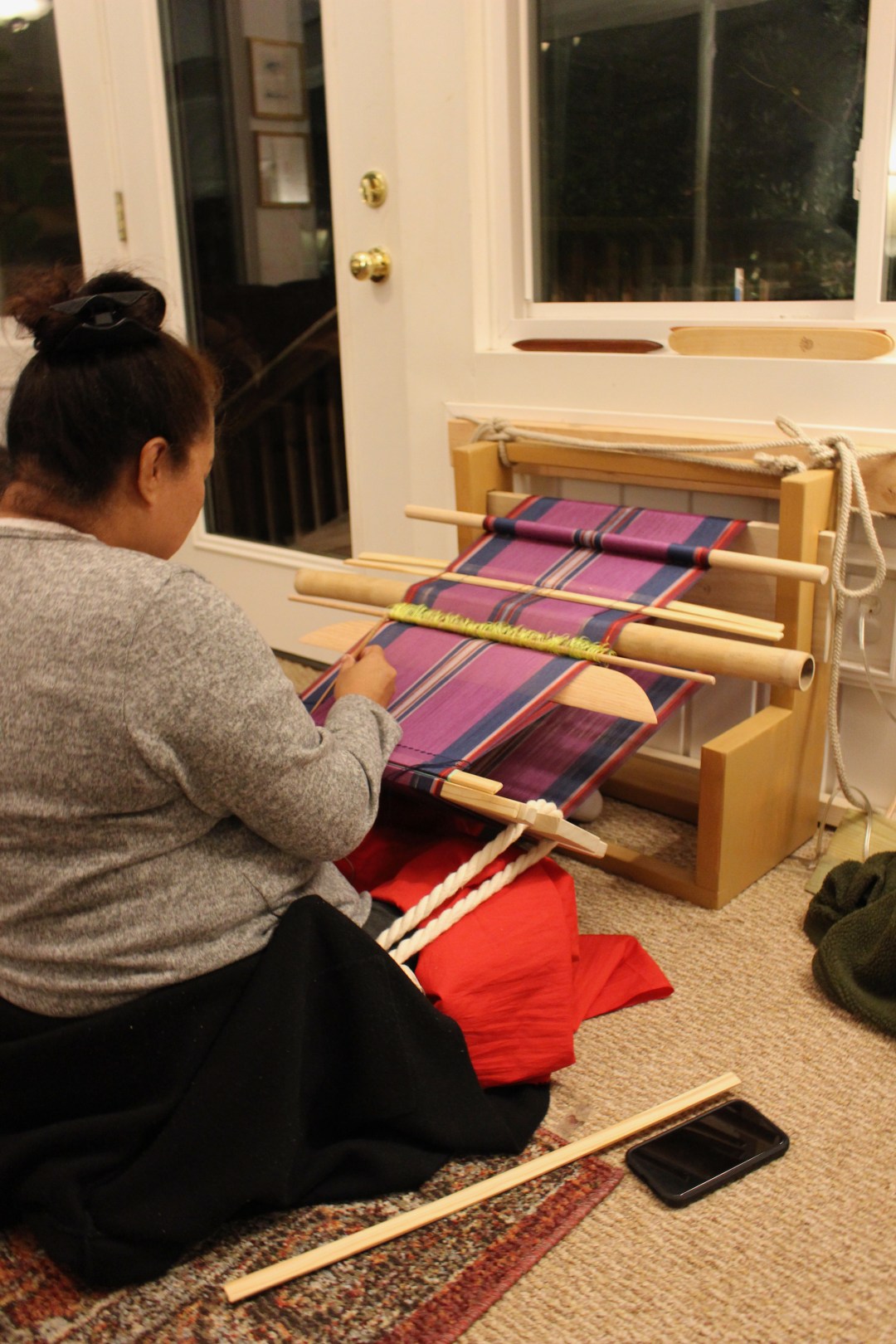 Micronesian Looms: Weaving Connections in the US (3)

This is the third in a series of posts dealing with Weaving Connections, a project of Habele to sustain and preserve Micronesian backstrap weaving traditions among Island populations who’ve migrated to the United States mainland. More here 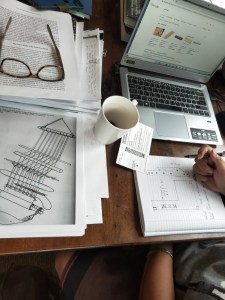 Development of Initial Prototypes
First, Habele fabricated a scale model, and then a full-size initial specimen, of a warping board and a framed loom was fabricated. Similarly, each of the peripheral weaving tools was obtained, crafted, or assembled. This allowed the master weaver, now joined by a former Peace Corps Volunteer skilled in both Carolinian and Western-style weaving, to begin testing the models. 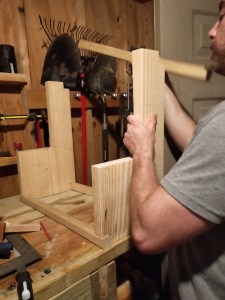 Habele and our craftsman carefully observed and documented the weaving process in an effort to identify the practical purpose for each piece of equipment and material identifying each context of how -and if- substitutions or alterations could be made that would not impair, and possibly improve, the weaver’s work.
An initial round of changes and improvements were made that allowed for stronger joints, simpler cuts, and the use of smaller (less expensive) boards for the frame. Similar adjustments were made to the board design, as well as revisions to account for varied weaver preferences in the use of the warping board on either a floor or a table top. Each of the fifteen peripheral components, or “weaving tools”, were either crafted or purchased, and substitutions, modifications, and improvements were tested by the weavers. 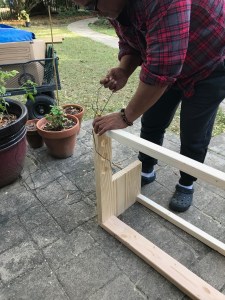 Review and Refinement of Designs
At this point, there emerged a bifurcation in the scope and purpose of the design:
On one hand, very simple designs would allow FAS migrants within the US to produce the board, frame, and most peripherals necessary for weaving themselves, even with a limited budget and few woodworking tools;
On the other hand, improvements to design would allow large pieces, notably the loom frame and the warping board, to be easily collapsed for storage and transportation. These were significant attributes for weavers living in more crowded housing situations and moving with some regularity (both important considerations for our target audience). A strong preference was voiced by many weavers in all locales for these traits, but the use of hinges, clasps, and threaded studs with removable wingnuts added complexity to the building of the equipment. This was at odds with our goal to simplify that process. 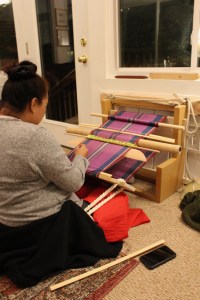 Broadly, Habele adopted a two-track response. Some of the initial prototypes were retrofitted for easier transportation and storage, and some of the newer prototypes were fabricated with these characteristics from the start. The designs for the fixed, standard models were revised slightly to allow for modifications at any point, allowing the builder to choose the level of complexity based on budget and access to tools and equipment.
This is the third in a series of posts dealing with Weaving Connections, a project of Habele to sustain and preserve Micronesian backstrap weaving traditions among Island populations who’ve migrated to the United States mainland. More here