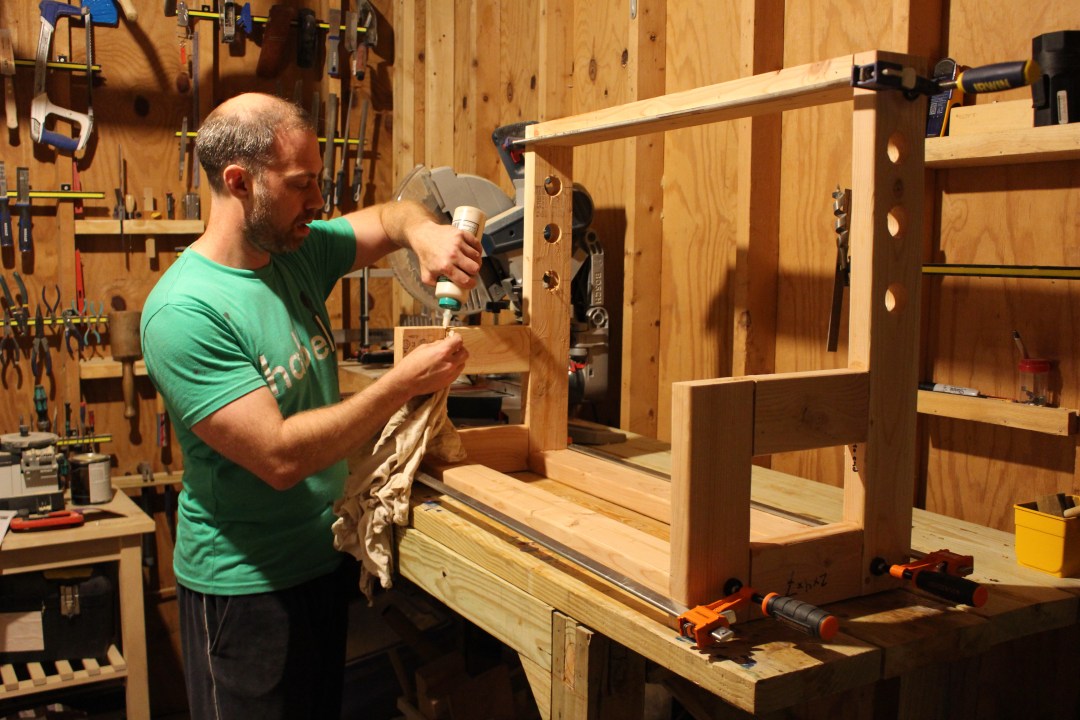 Micronesian Looms: Weaving Connections in the US (4)

This is the fourth in a series of posts dealing with Weaving Connections, a project of Habele to sustain and preserve Micronesian backstrap weaving traditions among Island populations who’ve migrated to the United States mainland. More here. 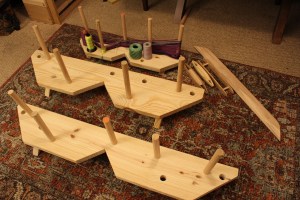 Publication of photos of initial designs and prototypes on social media spurred a further wave of input from women weavers and male craftsmen in the US, Yap, and beyond. These parties provided photos of their own looms, boards, and weaving tools as well as detailed feedback and suggestions on the evolving prototypes. Themes of the feedback included the strong preference for warping boards that could fold for storage, and to a lesser degree, loom frames that could be dis- and reassembled, as well as boards that could be laid out for multiple of the warping peg patterns commonly used throughout Yap State. 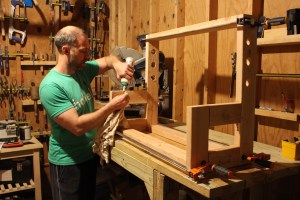 We also noted trends in feedback that stressed the importance of loom frames that could be easily secured to walls, as well as strong (but varied) feedback on tabletop versus floor use that guided the design of the warping boards.

At this point, as photos were being posted on social media, Habele began to directly receive requests for warping boards, looms, and weaving tools. Habele strongly communicated that the project was intended to serve Remathau islanders (Outer Island Yapese) living within the mainland US, and that the project was designed to provide a do-it-yourself guide for individuals to make their own items. 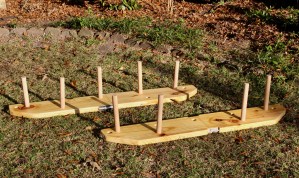 Still, many requests were received from women living on Guam and Hawaii, and many requests were made by women (on the mainland and otherwise) who indicated that they would have a difficult time finding a male relative who could build the items, even once provided the detailed instructions. Specifically, we received requests from single women or women living in groups with children but without adult Remathau male household members. 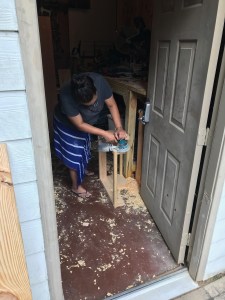 Final designs were determined. These balanced the initial goals of a simple DIY guide, with flexibility to add or adapt improvements for storage and transportation, and integrating advancements and variations shared with, or developed by, the team.

This is the fourth in a series of posts dealing with Weaving Connections, a project of Habele to sustain and preserve Micronesian backstrap weaving traditions among Island populations who’ve migrated to the United States mainland. More here.