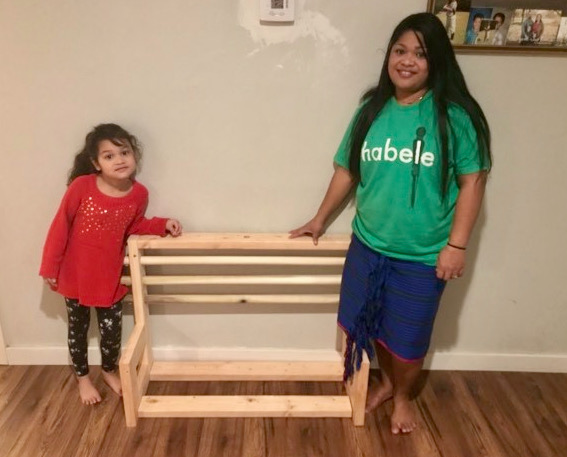 Micronesian Looms: Weaving Connections in the US (5)

This is the fifth in a series of posts dealing with Weaving Connections, a project of Habele to sustain and preserve Micronesian backstrap weaving traditions among Island populations who’ve migrated to the United States mainland. More here. 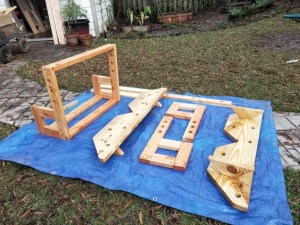 The WeavingConnections.org domain was purchased and a draft website laid out. The site was designed to offer general context on the culture of weaving within the FAS, firsthand insights to the importance women placed on weaving, a detailed accounting of all the relevant equipment and weaving tools, as well as simple, photo-based instructions for the fabrication of these items.

Based on suggestions from weavers within the US mainland, the site would also include information guiding weavers to vendors that offer the correct thread for this style of weaving. Photographs were again solicited from former Peace Corps, collectors, and anthropologists to compliment some of the more contemporary graphics with historical ones. 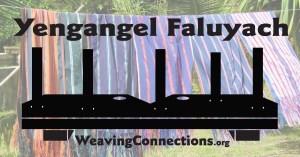 WeavingConnections.org was launched in a beta form in December of 2020. Access was limited to a core group of contributors and participants who provided feedback, identified shortcomings, and developed revisions.

WeavingConnections.org was officially launched in February of 2021. Earned, shared, and sponsored content on social media were used to raise awareness and drive initial traffic. These included posts of participants and contributors weaving, wearing Weaving Connections t-shirts, and/or showcasing warping boards, looms, and weaving tools either provided by Habele or made with Habele’s fabrication guides. In addition to efforts through social media, content was developed and distributed through the Habele blog as well as the K-Press newspaper. 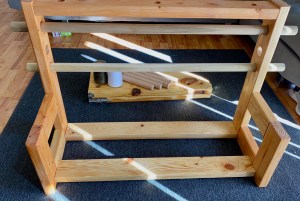 With a few outspoken exceptions, weavers made clear their strong support for the development and proliferation of guides to create weaving materials and equipment while simultaneously expressing equally passionate reservation about the documentation, publication, and distribution of guides to the practices of weaving. 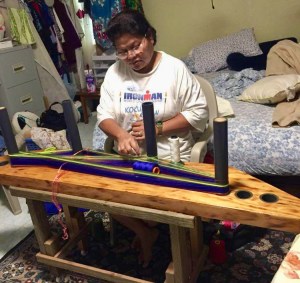 The insightful analogy made by one weaver was that the warping board, frame loom, and weaving tools constituted the “hardware” upon which all weaving is based, and which must be available to as many actual and prospective weavers as possible. However, the practical applied skills of using this hardware to weave in the uniquely Remathau ways, the proverbial “software,” was not something weavers felt was appropriate to document and distribute.

While the context, concerns, and motivations are nuanced, broadly the reservation is founded on: 1. a concern that non-Remathau individuals would begin to practice – and potentially profit from – this very specific and unique form of weaving; and 2. that the oral transmission and in-person mentoring that unites generations across familial, village and islands lines would be lost, rendering the preservation and sustainment of the weaving process culturally hollow. 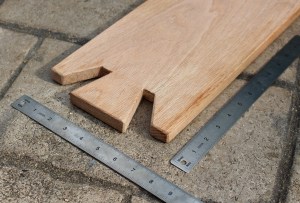 Though an outspoken minority initially encouraged Habele to document and distribute guides to the weaving, the larger consensus was agreed that this was not prudent, despite the fact that Habele’s application for the TAP grant specifically articulated out initial intention to “…publish videos detailing key aspects of fabrication of loom and basics of assembly and usage to compliment published specifications.” It was this “usage” that our partners and clients requested we interpret to mean installation and setup of the equipment, rather than the processes of warping and weaving, which they were passing along in-person and through video chats but did not want Habele to record and publish.

-Need for Looms among single women, and residents of GU and HI

The project proposal envisioned development and publication of a design guide, premised on the understanding that while migrants on Guam and Hawaii lived in or near extended family groups and had access to looms, migrants in the mainland US were more dispersed, but living in nuclear families (including males) who could build the boards, looms, and tools. 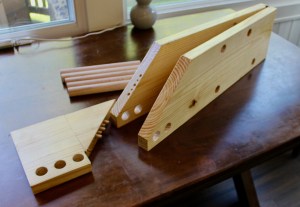 As noted above, Habele received a high volume of requests from younger women in Guam and Hawaii who indicated there were no relative adult males in proximity who could build them a loom. Habele also received many requests from women of all ages in the US mainland who similarly sought looms, citing a lack of male relatives within driving distance who could assemble one. While Remathau women are eminently cable of fabricating loom frames and warp boards themselves -as was clearly demonstrated throughout this project in the prototyping phase- the participating women reported without exception strong desire to adhere to the traditional distribution of labor across gender lines for the building of weaving equipment. 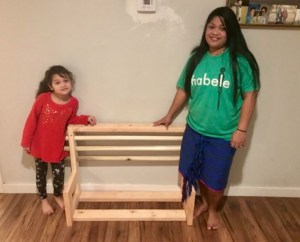 Though the basic premise of publishing a simple design guide was clearly working, as evidenced by feedback posted online, emails, and social media messages, it has become clear that migrants in Guam and Hawaii face many of the same obstacles as migrants in the mainland United States to sustaining and preserving their weaving traditions. 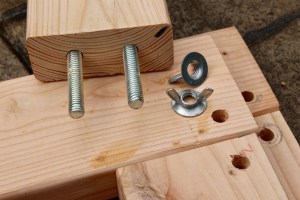 -Balance of Ease to Build and Compactness

As noted above, there is an intrinsic tension between the design and fabrication of equipment that is simple and inexpensive and those designs which are easier to transport and store. Ease of transportation and storage remains an important priority because many would-be weavers have needed to have their boards and frames fabricated by Habele and its volunteers, or other off-site relatives, and then shipped to them. These women often experience cramped living spaces and periodic relocations, making compactness and transportability of looms and boards very desirable. 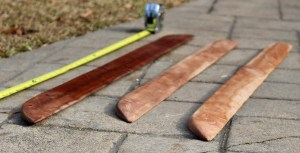 Fifteen distinct weaving tools, or peripherals, are traditionally used in in Remathau weaving. Habele was able to provide practical guidance for the purchase, fabrication, or substitution of all but one of these tools.

A weaving sword is also known as a batten or beater. In both Ulithian and Woleaian it is called the hapop. In practice, it defines and extends the sheds to allow the shuttle to pass, and it is also used to tighten and beat weft as woven.

It is a single edge shaped wooden tool that averages three feet long, 2 ¼ inches wide, and ¾ inch thick on the flat edge. The sword must be at least several inches longer than the total width of the warp so that it extends outside of the warp during weaving. There is a subtle curvature to the top face when the sword lies flat.

Weaving swords are traditionally made from very hard woods, which is essential for having a sword of sufficient weight for creating the traditional warp-faced fabric, while maintaining a sufficiently sharp edge. Specifically, they are crafted of ironwood, the Casuarina litorea L, known locally to the Remathau as weighu. 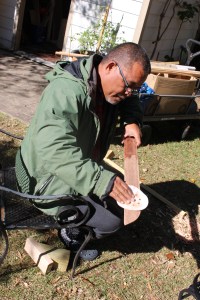 While swords can be made of store-bought hardwoods, such as oak, these lack the weight and density weavers require. Oak sold at home improvement stores tends to be red oak (Quercus rubra). The densest form of oak, Southern Live Oak (Quercus virginiana), can be purchased in the US but is not often found commercially, and only rarely in boards of appropriate size.

The only woods commonly found in North America which truly approach the hardness of ironwood are Black Ironwood (Krugiodendron ferreum), Desert Ironwood (Olneya tesota) and Mountain Mahogany (Cercocarpus spp), but these are either cost or shape prohibitive.

This being the case, Habele is not able to provide much practical guidance to weavers in the mainland US, all of whom must have a sword to weave. The directions currently posted on WeavingConnections.org reflect this:

“…Remathau in the mainland US seeking a weaving sword should look to friends and relatives back home to send them a hapop or contact Habele for help. Alternatively, they may try to fabricate an ersatz sword using oak, but will need to use Live Oak, also called Southern Live Oak (Quercus virginiana) to ensure a sufficient density.”

This is the fifth in a series of posts dealing with Weaving Connections, a project of Habele to sustain and preserve Micronesian backstrap weaving traditions among Island populations who’ve migrated to the United States mainland. More here.