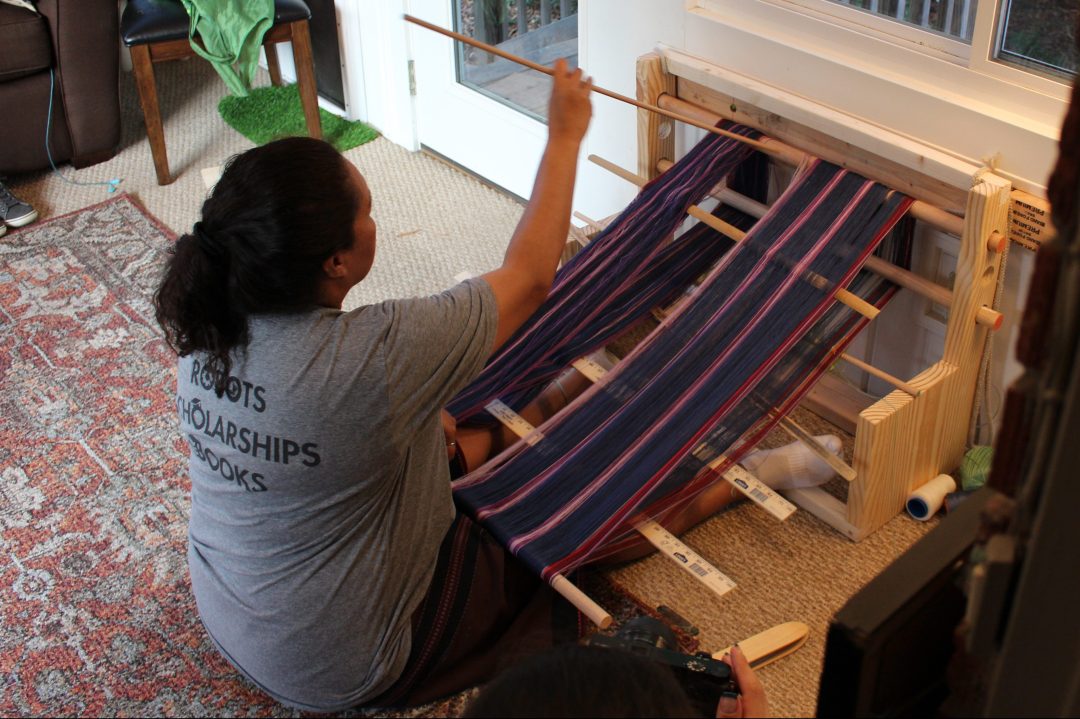 Micronesian Looms: Weaving Connections in the US (1) 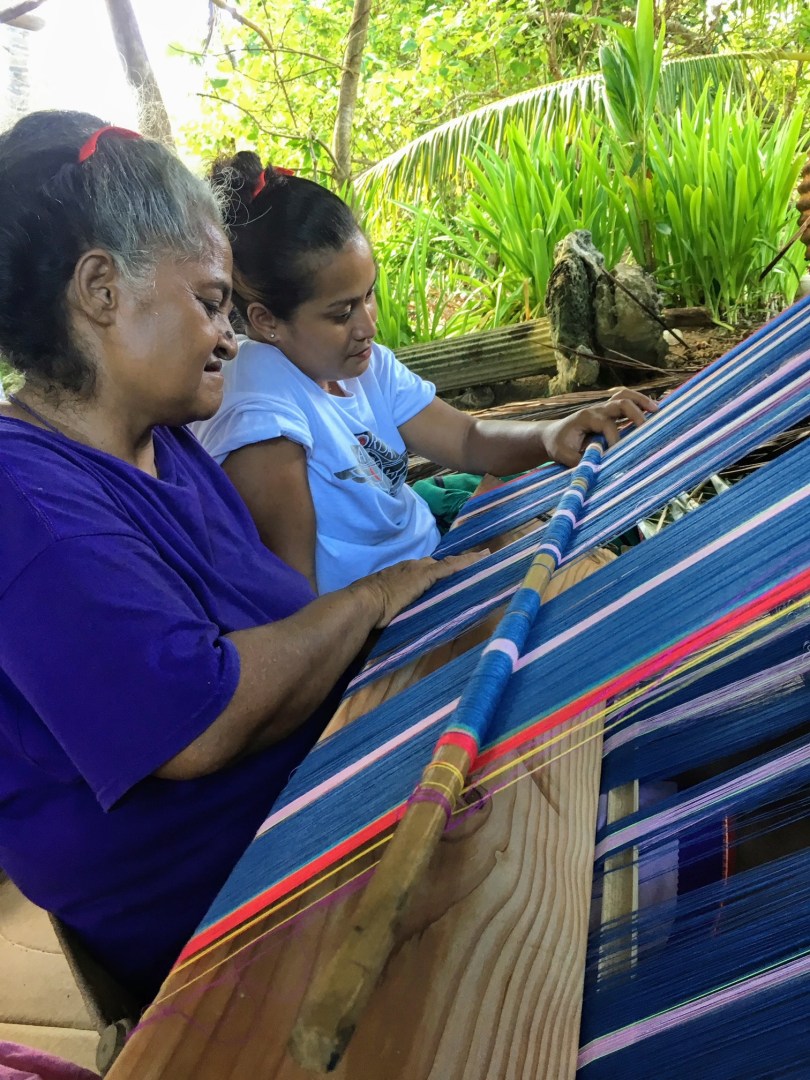 This is the first in a series of posts dealing with Weaving Connections, a project of Habele to sustain and preserve Micronesian backstrap weaving traditions among Island populations who’ve migrated to the United States mainland. More here

Though loom weaving of skirts is central to daily life in the Caroline Islands, few FAS women who come to United States can bring or obtain, a working backstrap loom appropriate to this weaving style. This severs the centuries-long tradition of passing cultural skills from mother to daughter and aunt to niece. Additionally, because weaving and wearing these skirts is necessary within the local customs and inter-island relationships of the Caroline Islands, women who do not learn these skills are disadvantaged when they return to the FAS.

In partnership with women’s and community-based organizations within the FAS, as well as with support of US-based anthropologists, Habele planned with weavers and craftsmen in both the US and the FAS to create and distribute simple instructions for the fabrication of traditional back-strap looms among migrants in the United States. These instructions were intended to assist FAS migrants in utilizing accessible materials found within the US as substitutes for traditional ones.

Once simple, actionable, and accurate guides were created, Habele intended to use these guides to create looms as a proof of concept, and provide them to mentors in the United States who can teach weaving skills to younger FAS migrants and their daughters.

Habele further intended to develop, publish, and distribute detailed guides for assembly of looms from the published specifications for FAS citizens in the US. It was anticipated this might further entail development of ready-to-assemble kits for those with limited access to tools needed to fabricate looms. In September of 2020, Habele was awarded a grant by Office of Insular Affairs, to implement the project. 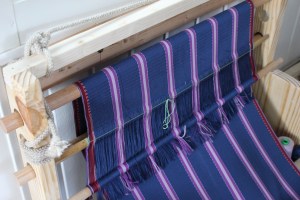 Habele began with a thorough analysis of the limited number of references to the design and use of Caroline Island backstrap looms in published academic studies, books, and online museum and archive collections. In most cases there were brief, paragraph-length mentions of the social and cultural significance of woven skirts situated in larger treatments of the arts and crafts of the Micronesian region. Alternatively, several brief mentions of Carolinian weaving practices and equipment were found in larger studies dealing with looms in a more general regional or global sense.

A very small number of publications were identified that dealt in depth with the skirts produced on Carolinian backstrap looms, but these made little mention of the specific materials and tools required for fabrication, focusing rather on the finished garment and its social context and significance. Two looms were identified in museum collections, as were a handful of peripheral weaving tools, but little context or analysis was provided beyond names and dates of artifact collection. 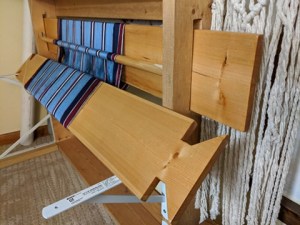 Habele solicited photographs, drawings, and videos directly from weavers in Yap State, those who have relocated elsewhere within the FSM, migrants who have moved to Guam and Hawaii, as well as Returned Peace Corps Volunteers who lived and served in Yap State. Requests were also sent to collectors and anthropologists. These requests resulted in many photos and videos submitted, as well as a few additional leads on relevant literature. 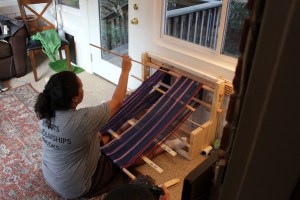 A master weaver from the Island of Fais, and her husband, a master carver and navigator from the Atoll of Lamotrek who is an adjunct professor at the University of Guam, travelled to Columbia, South Carolina, to serve as technical leads for the project. During the course of their travel and quarantines, Habele contacted additional weavers in the Outer Islands, Yap Proper, Guam, and Hawaii through mail, email, and social media to solicit further design ideas and photographs of specific variables in the fabrication of loom frames and warping boards (used to prepare thread for weaving), which initial reviews identified as important characteristics.

This is the first in a series of posts dealing with Weaving Connections, a project of Habele to sustain and preserve Micronesian backstrap weaving traditions among Island populations who’ve migrated to the United States mainland. More here