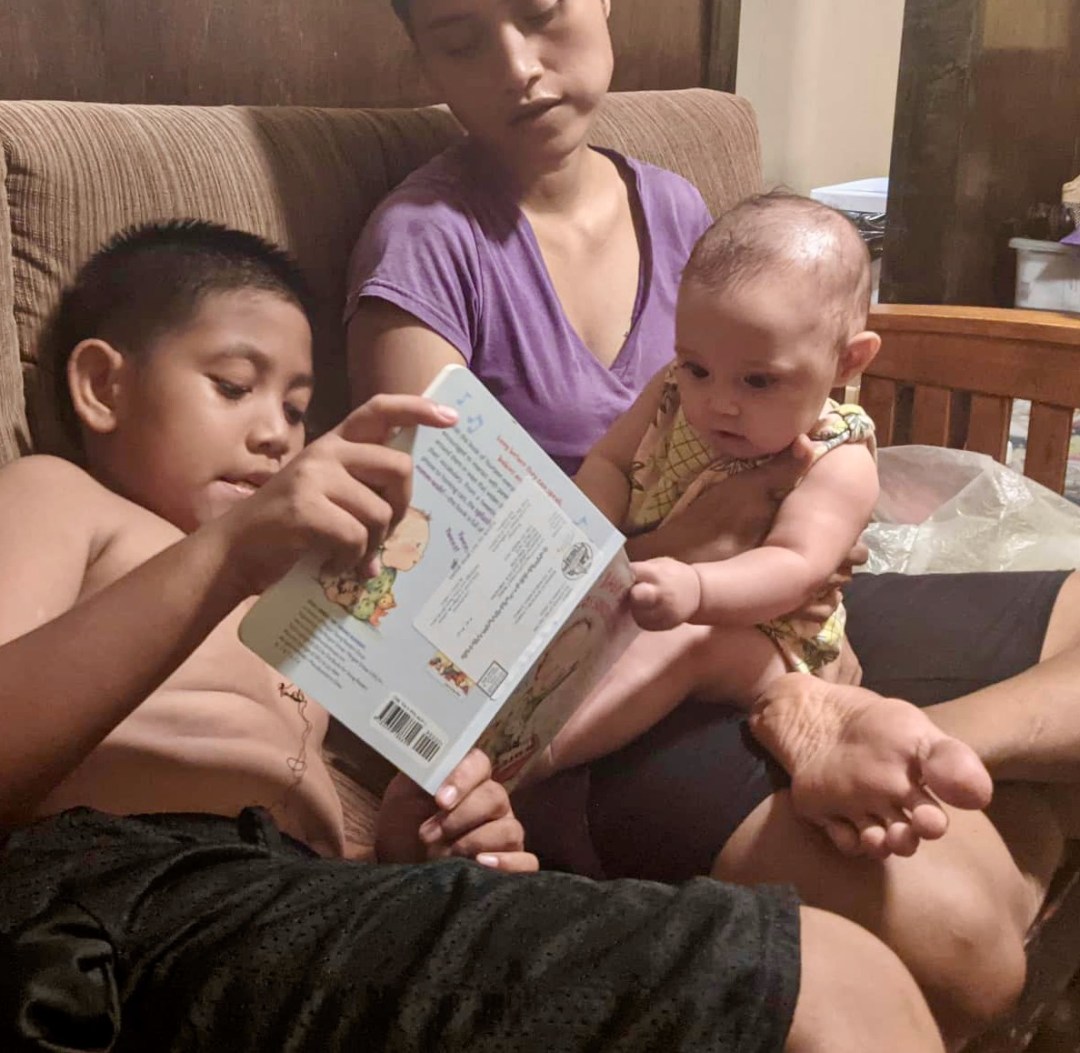 A new age-appropriate book, delivered by mail to the family’s post office box, from birth until a child’s fifth birthday.

That was the ambitious plan announced by Habele in the fall of 2020, kicking off “Young Island Readers” in Yap. The program aims to place books in the hands of young children where they spend most of their time: at home in the village.

Every participating child will enter first grade with sixty books of their very own. They will grow up playing with, listening to, and reading books. That is made possible through a partnership between Dolly Parton’s Imagination Library and the US nonprofit Habele.

This month the 1,000th book was mailed, marking a major milestone in the unprecedented effort to promote literacy at a population level in a Micronesian state.

The process is simple. When a child is born on Yap, the mother is provided a sign-up form at the hospital. She writes the child’s name and the post office mailing box their family uses. Forms are often provided again when a child is baptized, ensuring newborns don’t slip through the cracks. These forms are collected by students at Yap Catholic High School, where the details are entered into a book ordering system.

Monthly, each child is sent a new book, based on their age and phase of development. The books, sent at USPS media mail rates, arrive individually wrapped and addressed to the child.

Dolly Parton’s Imagination Library (DPIL) is a community-based program providing children with free, home-delivered books from birth to their 5th birthday. The Imagination Library was founded and created by American songwriter, musician, actress, author and business-woman, Dolly Parton, in her hometown of Sevierville, Tennessee in 1996. The home library encourages reading at home between parents, caregivers, grandparents, siblings and the child.

Habele is the local champion -or “partner”- for Dolly Parton’s Imagination Library in Micronesia. Established by former Peace Corps Volunteers, Habele is a US-based nonprofit, serving students and schools across the FSM since 2006.

Habele pre-funded the first cohort’s books for the full five years. “We wanted to ensure our promises to these budding young readers and their families would be kept” explained Habele founder Neil Mellen, who served as an elementary school librarian in Yap State while in the Peace Corps.

The impetus for Young Island Readers came from Stella H Talgumai, a mother and Early Childhood Education teacher. She met with Habele in Yap several years ago to discuss the nonprofit’s ongoing donations of books to school-based libraries. Talgumai, noted how her own child and students immediately ran toward books once they reached the local ECE center. She suggested tapping into that enthusiasm and natural curiosity by sending books directly to individual families.

Research shows that very early access to books, particularly at home, is a tremendous factor in reading interest and ability once a child is in elementary school. It has been found that books at home are a better predictor of reading skills later in life than are levels of family wealth or parental educational attainment. Young Island Readers offers a very direct, equitable, and cost-efficient means to pursue that goal of widespread early access.

“Our primary goal is to imbue a lifelong love of learning across a generation of children,” explained Mellen. “In doing so we also hope to showcase how US-FSM grassroots development partnerships can directly serve local individual needs in an equitable and efficient manner, without the need for costly overhead. Our immediate aim is to sustain the work and extend it to the Outer Islands.”